Water Softeners Under The Spotlight 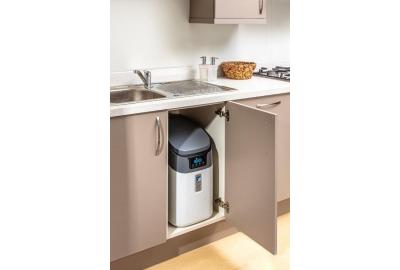 Posted in: News, Monarch Water
By Liam
No comments
More from this author

Water Softeners Under The Spotlight

Approximately 60% of the UK homes and businesses are based in areas with hard water – where the mains water contains at least 500ppm of minerals such as calcium and magnesium. While 500ppm is the level at which water is classified as hard. Much of the UK.s water supply contains levels far higher than this. Tatbury in Staffordshire has measured at 715ppm, Kingston near Milton Keynes has water at 600ppm and Middlesborough and Leamington spa both have mains water at 543ppm.

Here at Buyaparcel we know first-hand the effects of lime scale as we are based in a hard water area on the east coast of the country in Lowestoft Suffolk.

These high mineral levels cause real inconvenience for families such as sum settles in the kettle, and a film is found on taps, shower enclosures and sanitary ware that have to be regularly cleaned.

Most home owners will be all too familiar with installing a powerful shower in their bathroom, with a shower head that offers a strong spray each morning only to find over subsequent months that the spray becomes less and less powerful as the lime scale gradually blocks the jets.

In the end, unless the showerhead is regularly cleaned, the water is only able to find its way out as a trickle that bears little resemblance to the luxurious shower the user was hoping for.

The particularly hard water areas, however, the consequence of these mineral levels can be far more serious. Scale build up in pipes and boilers can cause radiators to work inefficiently, can reduce the flow of water through the taps and showers and shorten the lifespan of the appliance.

In extreme cases hard water has even been linked to the outbreaks of eczema and other skin conditions. It also results in increased energy costs, as lime scale blocks the water flow inside appliances and reduces efficiency levels.

Growing awareness of the effects of hard water in the UK has seen a rise in the number of water softeners being purchased at the same time as bathroom and kitchen upgrades, in an attempt to protect the user’s often expensive investment in their homes.

Water softeners filter out the minerals from the water before it reaches the rest of the system, making it far more effective. Heating systems become more efficient, the water flow from showers and taps improves, and keeping these areas of the home clean also becomes a far easier proposition once scummy residues are eliminated.

This awareness has now been backed up by a recent study in the US, where the Water Quality Research Foundation carried out a nine month study into water softeners.

The study found that dishwashers and washing machines running on softened water remained almost completely free of scale build up after 240 wash cycles, while showers and taps were also kept unclogged.

This enables water heaters and other appliances to work more efficiently consuming less fuel and, as a result, the foundation is not promoting water softeners in the UK as the best energy saving device you can buy!

Here at Buyaparcel we stock the leading brands of water softeners including Monarch, BWT and Tapworks.